THE O ANTIPHONS: THE JEWELS OF ADVENT

Advent is the most beautiful of liturgical seasons.  It is a time of watching and preparing, of hopeful expectation and joyful anticipation.  Advent is the season where we ponder the comings of Christ. The Mass readings of Advent begin with the Second Coming of Christ to earth, the Parousia. (par-u-cia). The word Parousia means ‘to be present.’  Isn’t that what Advent is about?  To be present to the mystery of God: past, present and future. We remember with our ancestors of the past their longing for the coming of the Messiah. We rejoice and celebrate Jesus’ incarnation, his coming in the flesh 2000 years ago.  In the present, we recognize Jesus, our Messiah, in our midst in the here and now, where he is gracing us in every facet of our lives as we look to our reward at his ‘Second Coming.’ 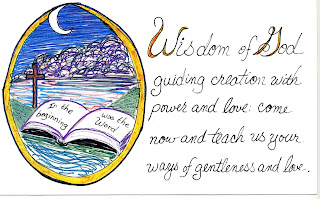 If you follow the daily readings at Mass during Advent you find they are filled with much imagery.  A few years ago it got to the point that I felt inspired to illustrate the Great O Antiphons.

Some of you may be scratching your head and saying, ‘The Great what?’ You know at least one of them by heart, ‘O Come, O Come Emmanuel and ransom captive Israel… ’   It is probably the most beloved of all Advent hymns.   In the 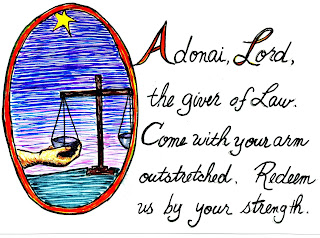 monastery, as a final preparation for Christmas, we sing these ‘Jewels of Advent,’ the last 7 nights before before Christmas Eve.   The Great O’s are sung during Evening Prayer just before the Magnificat beginning December 17 and then continue for the next 6 days with a different ‘O’ sung every night until December 23.  They are also sung, or said, as the Alleluia verse at Mass during those days.


The exact origin of the ‘O 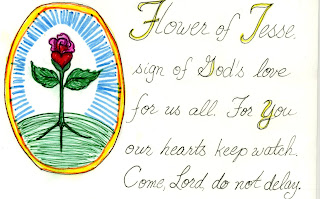 Antiphons’ is not known. Boethius (480–524) a Christian philosopher in 6th century Rome made a slight reference to them, thereby suggesting their presence at that time. During the next century at the monastery of Saint-Benoît-sur-Loire of Fleury in central France, these antiphons were recited by the abbot and other abbey leaders in descending rank, and then a gift was given to each member of the community. By the eighth century, they were in wide use in the liturgical celebrations in Rome.  The hymn, ‘O Come, O Come Emmanuel,’ dates back to the 9th century. 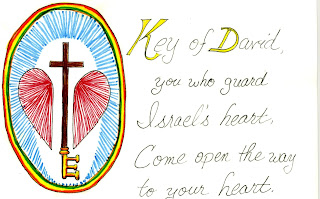 The original O Antiphons, of course, were in Latin. But over the years there have been many translations.  My handout is one of the more modern translations.
◊  December 17: O Sapientia (O Wisdom)
◊  December 18: O Adonai (O Lord)
◊  December 19: O Radix Jesse (O Root of Jesse)
◊  December 20: O Clavis David (O Key of David)
◊  December 21: O Oriens (O Morning Star)
◊  December 22: O Rex Gentium (O King of the Nations)
◊  December 23: O Emmanuel (O Emmanuel)
Whoever put together all the Latin Antiphons was having a good time because if you take the first letter of each invocation, then read it backwards; it forms an acrostic in Latin:  ERO CRAS.  This can be understood as Christ response to his people's plea, “Tomorrow I will come." 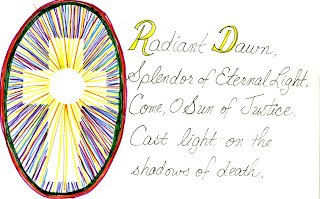 You may say, ‘Wait a minute.  Christmas is on the 25th not the 24th.  Why end on the 23rd ?’  True enough, but thanks to the tradition handed down to us by our Jewish ancestors in the faith, we begin the liturgical day at sundown. So, the evening of the 23rd is Christmas Eve, and as a result, therefore, the Christmas liturgy begins at Evening Prayer on the 24th.  I know it sounds confusing but that is the way it is. 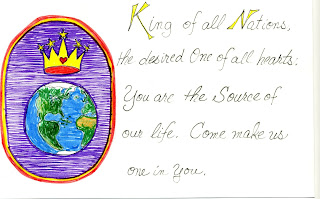 To add to the mix, an alternative English medieval practice arose of moving all of the antiphons forward by one day so they began on December 16th.  They added an antiphon involving Mary to the end on the 23rd.
O Virgo Virginum…

O Virgin of virgins, how shall this be?
For neither before you, or after shall be.
Daughters of Jerusalem, why marvel at me?
The thing you behold is divine mystery.

So they took the ‘V’ from O Virgo and added it to the acrostic so it became Vero Cras, "Truly, tomorrow." 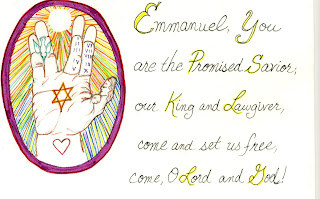 This additional antiphon was only eliminated from the Church of England liturgy in the year 2000, thereby restoring the Great O Antiphons to their original form.

The O Antiphons are all scripture based, or at least they are alluded to somewhere, in the Jewish Testament.  Each Antiphon has three parts:
◊ They all begin with an exclamation of a Messianic title:   O Wisdom, O Root of Jesse, O Morning Star….
◊  They are followed by an attribute, a description of the power of God:  Giver of Law,  Sign of God’s Love,  Source of Life, Promised Savior….
◊ And then conclude with an invocation to Come and:  Come and teach us, Come and open the way, Come and Redeem us, Come and set us free… 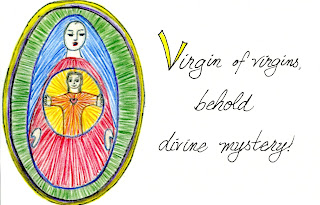 Did you know the name Jesus, Jehoshua, means in Hebrew ‘Jehovah saves or sets free’?  That is the underlying theme of all the O’ Antiphons: our longing for God to set us free.

In many cultures, to know the name of another person gives you power over that person.  Think of the power we have in knowing, in our limited way, some of the names for the ineffable God; and the awareness of some of the attributes of our incomprehensible God.  Because of this power, we dare to cry out, to demand that God come to our aid to open our hearts and teach us, to hurry up and unite us to God’s self, to redeem us and set us free.  And this God has done and is still doing so until this day.

Posted by Redemptoristine Associates at 7:36 AM No comments: