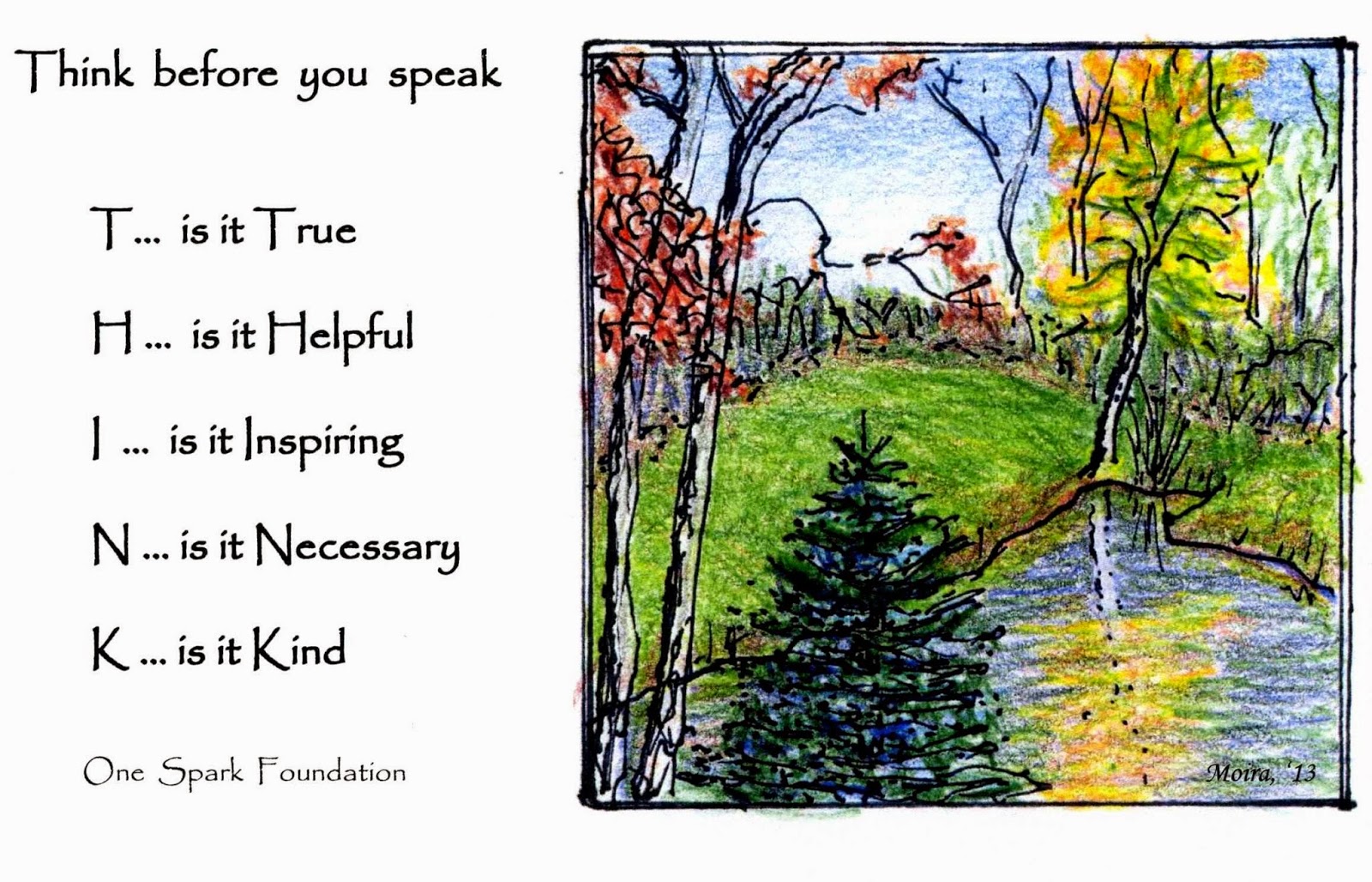 Jesus spoke to Celeste:
"Friend of my heart, what joy and pleasure that you speak to me all the time and I always listen to you. I bless your insistent supplications which you make for your own self as well as for you neighbors."  Florilegium 87

Celeste responded:
"Let me speak and exhale the love that is in my heart.... I will tell everyone you are my entire Love, Life, Heart and my very Soul."  Florilegium 26.


To us:
"Saying only the good things people need to hear, so that your words may give grace to those who hear."    see Eph. 4:29

Posted by Redemptoristine Associates at 7:51 AM No comments: 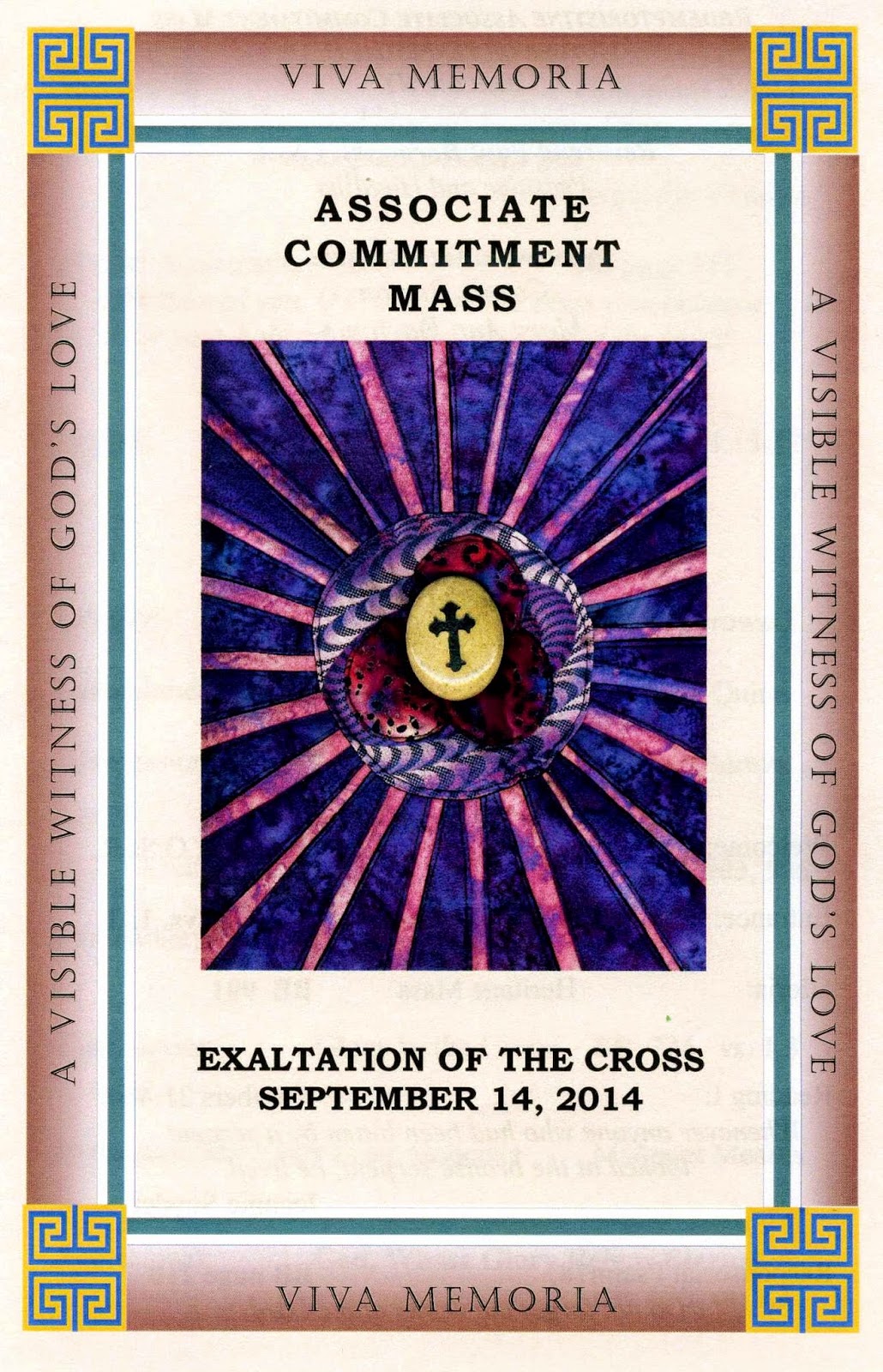 Homily  given by Rev. Paul Borowski, CSsR
Sherlock Holmes and Dr. Watson went on a camping trip.  After a good meal and a bottle of wine they bunked down for the night and went to sleep. Some hours later, Holmes awoke and nudged his friend. “Watson, look up at the sky and tell me what you see.”  Watson replied, “I see millions upon millions of stars.”

“So what does that tell you?” asked Sherlock.  Watson pondered for a minute. “Astronomically, it tells me that there are millions of galaxies and potentially billions of planets. Astrologically, I observe that Saturn is in Leo. Horologically, I deduce that the time is approximately a quarter past three. Theologically, I can see that God is all powerful and that we are small and insignificant. Meteorologically, I suspect that we will have a beautiful day tomorrow. What does it tell you?”

Holmes was silent for a minute and then spoke. “It tells me someone has stolen our tent!”

A heart surgeon took his car to his local garage for a regular service, where he usually exchanged a little friendly banter with the owner, a very skilled but not especially wealthy mechanic.

“So tell me,” says the mechanic, “I’ve been wondering about what we both do for a living, and how much more you get paid than me…”  “Yes?” says the surgeon.

“Well look at this,” says the mechanic, as he worked on a big complicated BMW engine, “I check how it’s running, open it up, fix the valves, and put it all back together so it works good as new. We basically do the same job don’t we? And yet you are paid ten times what I am – how do you explain that?”  The surgeon thought for a moment, and smiling gently, replied quietly to the mechanic,  “Try it with the engine running.”

Perception.  One can see the same thing, witness the same event and we can have two outlooks on the matter.  The Feast we celebrate today can be looked at in the same way.  To us Christians in the year 2014 we see the cross as a sign of our redemption, of our salvation.  It has become a part of our life and perhaps it may have become a part of our life in the sense that it is so ordinary.  We enter into this Church and as we bless ourselves with Holy Water we make the sign of the cross – yet how often do we reflect on what that sign means.  I am sure that in your homes you have many a cross or crucifix on the walls of your living room, dining room or bedroom.  Perhaps like me you have a cross hanging on the rear view mirror of your car.  Many of us wear crosses around our neck, but once again do we realize what the cross means?

If you were to ask the people of Christ’s time about the cross they would give you a different answer to what it meant to them as opposed to us.  To the people of ancient Israel and the Roman Empire it was an instrument of torture, it was a means to put to death the worse possible criminals of their day.  As St. Paul writes:  “Cursed is he who hangs up the tree.”  For the people of Jesus’ day the cross was a terrible thing.  If Christ lived and died during our present time perhaps instead of a cross he would have been put to death in an electric chair or on a gurney with a lethal injection.  Our celebration today is to remember what the cross truly is:  a sign of how much our God loves us that he would allow His only Son to suffer such a terrible death.

Perhaps we have lost sight of the true meaning of the Cross.  One of the saints of the Church was once quoted as saying that the Christ was not crucified on a gold cross between two brass candle stands in a cathedral but he was crucified on a wooden cross between two common criminals on a dusty hill.  St. Alphonsus Liguori, the founder of the Redemptorists, said that when we gaze upon the cross we should see two things.  The first is what our sins have done in crucifying the Lord.  Again, there is no easy way to say this so we must admit that our selfishness, our carelessness towards others and our God lead Jesus to sacrifice his life on the cross so that we might live.  His death on the cross and his resurrection frees us from sin and death and gives us new life.  But Alphonsus did not stop there, he goes on to say that when we gaze on the cross we should also see the immense love that our God has for us.  In fact this love is a crazy love, a love that would go so far.  So, when you go home today and you look at the crosses in your house perhaps we can say a prayer of thanks to our God for loving us as much as he does.  Perhaps the crosses that we have will no longer just be ornaments that decorate our house or our necks but will be daily reminders of a God who is crazily in love with us.

In today’s Gospel from St. John we heard proclaimed one of the most famous passages of all Scriptures.  “For God so loved the world that he gave his only Son.”   (John 3:16) The passage is John 3:16 and it has been made famous not by any great preacher but if you are a person of my generation you might recall seeing this written on a place card at many a sporting event in the late ‘70s and during the ‘80s.

Stewart became a born-again Christian, and was determined to "get the message out" via television. His first major appearance was at the 1977 NBA Finals; by the time of the 1979 MLB All-Star Game, broadcasters actively tried to avoid showing him

At various sporting events a man by the name of Rainbow Man would position himself to get on TV and hold a sign with John 3:16 written on it.  Everyone knew the Rainbow Man, everyone knew John 3:16 and everyone knew what it meant.  The Rainbow Man, whose real name is Rollen Stewart made it his mission to spread this Good News.  There he was at Olympics and World Series, decked out in a Rainbow Afro Wig driving TV producers crazy since he kept getting in the camera’s view.  He would take a Portable TV with him to these sporting events so he knew where the camera would be looking.  He once was banned from the Olympics since they thought he was a spy and the John 3:16 was some type of code.


John 3:16 “For God so loved the world” is probably well know because of the work of the Rainbow Man, Rollen Stewart.  However, in 1992 he was arrested and charged with kidnapping when he broke into a hotel room outside of Los Angeles and held a few people hostage.  During the siege he had a pistol that he used to fire at incoming planes into the Los Angeles airport.  All along the windows of the hotel he placed John 3:16 placards.  He was finally apprehended and is presently serving three consecutive life sentences.  His next parole review will be in 2017.  He was also found guilty of setting off several stink bombs at various locations in years prior to 1992.

What happened to Rollen Stewart?  His story is one that shows that the message of the cross, the message of John 3:16 must not just be for external show but must take root and abide deep within each one of us.  The love that God shows us in the Exaltation of the Cross is a love that we must show to one another.  If we simply allow the Cross to remain a decorative item we run the risk of allowing it to have no meaning in our lives at all.

So today we celebrate a glorious feast -- a day to remember that by his death on the cross and his resurrection on the third day we have been loved by God and been made his chosen people.  Take a look at the crosses and crucifixes you have in your house or on your person.  Don’t let it just sit there as an ornament but as a real reminder of what our faith is all about.  We believe in a God who loves us insanely and calls us to love one another with the same passion.  May we never forget to glory in the cross of our Lord Jesus Christ.  AMEN!


Posted by Redemptoristine Associates at 8:22 AM No comments: