The Fifth Sunday of Easter

“I am the vine, you are the branches.”  How precise!  Jesus’ words to his disciples, at least in this case, are so simple to understand!  What more needs to be said?   I’ll give it a try.

As followers of Jesus, we come from a long line of branches; off-shoots of the vine that is Jesus from where we trance our Christian ancestry back through our family, friends and church community. We may not know all their names but they are part of our family tree.

Jesus is the trunk, the vine, with deep roots going back all the way to Abraham.   Each year during Advent, we hear the genealogy of Jesus.  Those ancestors on Jesus’ root-branches come with many unpronounceable names.  Some are saints, some are scoundrels. There are a few foreigners and, heavens, a handful of women, including Mary, the wife of Joseph, the mother of Jesus.  The point is, each and every one of us is connected, not only to Jesus and his ancestors, but to each other through faith in the living God. And as followers of the Risen Lord, it is our call to bear much fruit for all generations to come by remaining true to our baptismal promises, which we renewed at Easter.

You may ask yourself, “How can my life bear fruit in today’s world?  I am just a tiny grape on an insignificant branch on the vine, Jesus.” 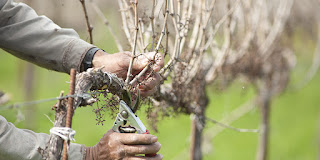 Have you ever seen grapes growing?  In the wild they are a tangled mess and bear sour grapes. In vineyards, however, after the vinedressers mercilessly prune the branches, you think nothing will ever grow on them again. But come early May, the tiniest clusters of blossoms appear, and by early Fall sweet grapes are harvested.

The patron saint of vinedressers is the martyr St. Vincent of Zaragoza.  In France, during his feast late in January, the vinedressers prune the grape vines in the dead of winter as they sing a song that plays on his name, Vincent, (Va -saw) and sing about (Va-song) Vin-sang, meaning ‘wine-blood.’  When pruning, sap, the wine-blood, begins to stimulate positive pressure to activate the dormant roots.  In learning this tidbit about wine-blood, I thought of how Jesus in his passion shed his wine-blood for us on the cross.

At the Lord’s Supper, Jesus took the cup, gave thanks and gave it to his disciples saying, “This is the blood of the covenant poured out for you.  Do this, as often as you drink it, in remembrance of me.” 1 Cor 11: 25 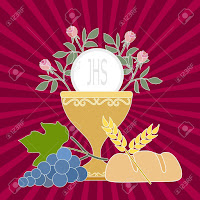 When we receive the Eucharist we are nourished by the Body and Blood of Christ to live out our Baptismal covenant.  Because of the pandemic, we have refrained from receiving the Precious Blood.  We may feel we have been pruned by life, and God, this past year.  Yet God, the Merciful Vinedresser, is ever near tending to our every need. God is as close to you as the pulse of your heart, the blood flowing through your veins.  Nothing can separate us from belonging entirely to Christ.

Again, “How can I, a single grape on the vine, make a difference by my Baptismal covenant?”

We can, and do, because we are made in the image of God and being a member of God the Father’s family tree, abiding in the diVine Son, Jesus.  Let me give you some examples of how one person made a difference.

I recently watched on PBS a series called, ‘My Grandparents’ War.’  The first episode spotlighted the actress Helen Bonham-Carter, Bellatrix of Harry Potter fame.  Her mother’s father, Eduardo Propper was the Spanish ambassador to France when the Germans invaded the country.   Against his country’s wishes, Eduardo wrote thousands of visas giving the Jews safe passage through Spain to Portugal.   One of those Jews he saved was Ludwik Rajchman, who became the founder of UNICEF.  Propper saved thousands of lives.  Then Rajcham went on to save millions of children from starvation and lack of education through his work.

During Lent our community watched a DVD, ‘A Hidden Life,’ about Franz Jagerstatter, a conscientious objector in Nazi Germany.  This Austrian farmer was a fun-loving husband and father of four. Franz was executed for his refusal to support in any way the evils the Nazism. Only his wife stood by him. Their neighbors shunned them. His pastor and bishop tried to persuade him against the folly of his actions.   But Franz’s faith and trust in the ultimate goodness of God gave him the grace to say no to hatred and war, and to stand as a witness to peace. In 2007, he became Blessed Franz Jagerstatter.  His wife and children were present to see him acclaimed a martyr for the faith.

Recently, the young climate change activist Greta Thunberg,
who as a lone 15-year-old student began a world-wide movement, said, “I have learned you are never too small to make a difference.”

In one way or another, because we bear a family resemblance to God, and by the deep roots of our faith, we abide in the diVINE Son, Jesus, and share the wine-blood of our Lord in our daily lives by living in remembrance of him hope-filled lives for the future. 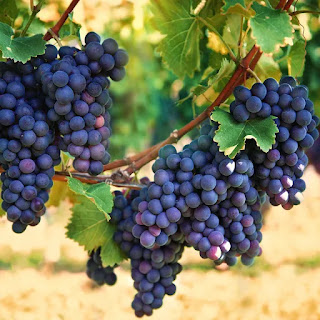 We may never know what our Christ-like influence has been on those around us.  Perhaps it was the smile you gave someone on the street that brightened their day.  Perhaps it was the listening ear you gave someone who needed to unburden themselves.  You may not have had any advice or answers but the act of presence meant everything to that person.  Perhaps it was the positive pressure of a secret act of kindness, or paying ‘it’ forward, that activated a person’s heart to blossom anew on the vine of Jesus by stimulating their hearts in faith in the merciful love of God that they too may go out bear much fruit.

Let us keep our family tree alive and growing.  We may still need the occasional pruning, but the Merciful Vinedresser is constantly at work shaping us into the image of his diVINE Son.  Let us live our life in remembrance of Jesus and show our thanks to God by remaining in Christ and bearing much fruit.

Let us pray:        God of love, plant us in the soil of your grace.  Nurture us with the strength of Christ, the vine of everlasting life.  Enlighten us with the wisdom of your Spirit, which flows through us today and always.   Abide in us that we may abide in you and bear much fruit.   Amen.  Alleluia!

Posted by Redemptoristine Associates at 10:43 AM No comments: